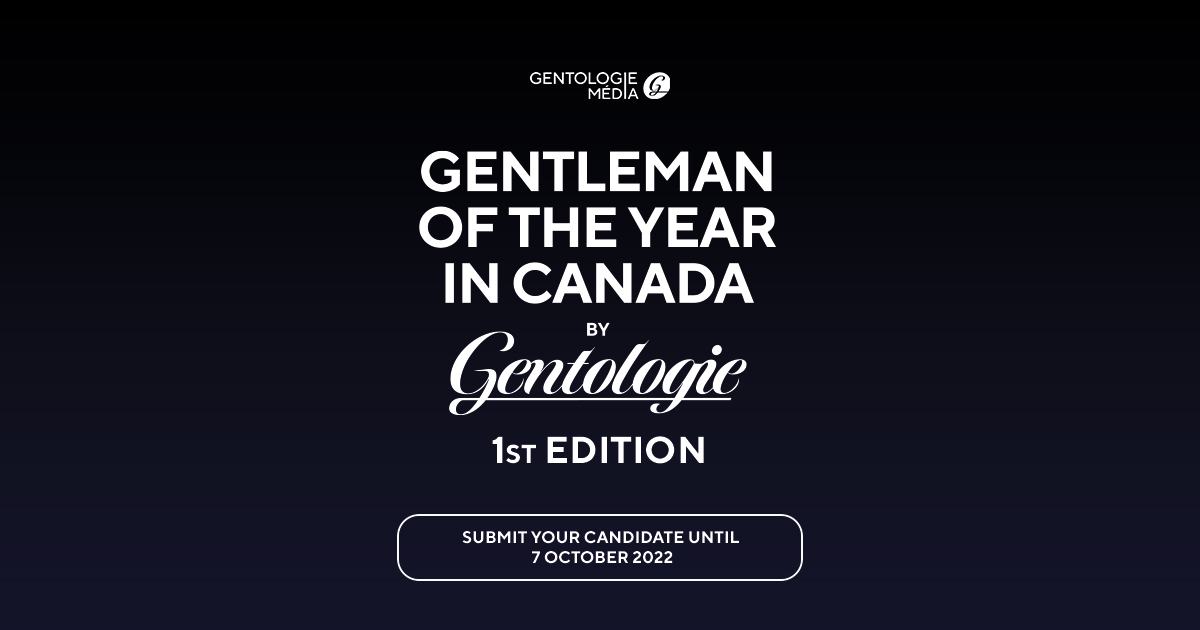 Montreal, August 12, 2022 – The Gentologie Media Group is pleased to announce the launch of the 1st edition of the “Gentleman of the Year in Canada” list. This initiative is aimed at the entire Canadian population over the age of 18 and is designed to annually recognize men who have been a source of positive inspiration in their respective communities.

As such, it will be possible to submit your vote for the person of your choice until midnight on October 7, and the recipients will be revealed when Gentologie Nᵒ11 magazine is published in January 2023. The aim of the awards is to bring positivism and classy, tasteful actions to the fore.

With this project, Normand Boulanger, president of the company, hopes to put forward actions of class and good taste. “It is imperative that the Canadian man be sensitive to today’s realities. He must be an ally in egalitarian relationships as well as an example for future generations. We learn every day to be better humans. Toxic masculinity has no place,” he says.

The list of members of the selection committee will be revealed at the end of October 2022 when the 30 gentlemen of this 1st edition of the “Gentleman of the Year in Canada” who received the most votes and met the criteria set out in the voting form will be unveiled.

Established in November 2020, Gentologie Media Group is a media company that produces print and digital content for a male audience.

Created in September 2019, the Gentologie platform is the brainchild of Mr. Normand Boulanger. Noting the lack of Canadian content for men, he developed it to promote the masculine lifestyle and to make gentlemen of all men. Gentologie includes a digital and print magazine, a website and a podcast.